U Beránka / The Lamb House 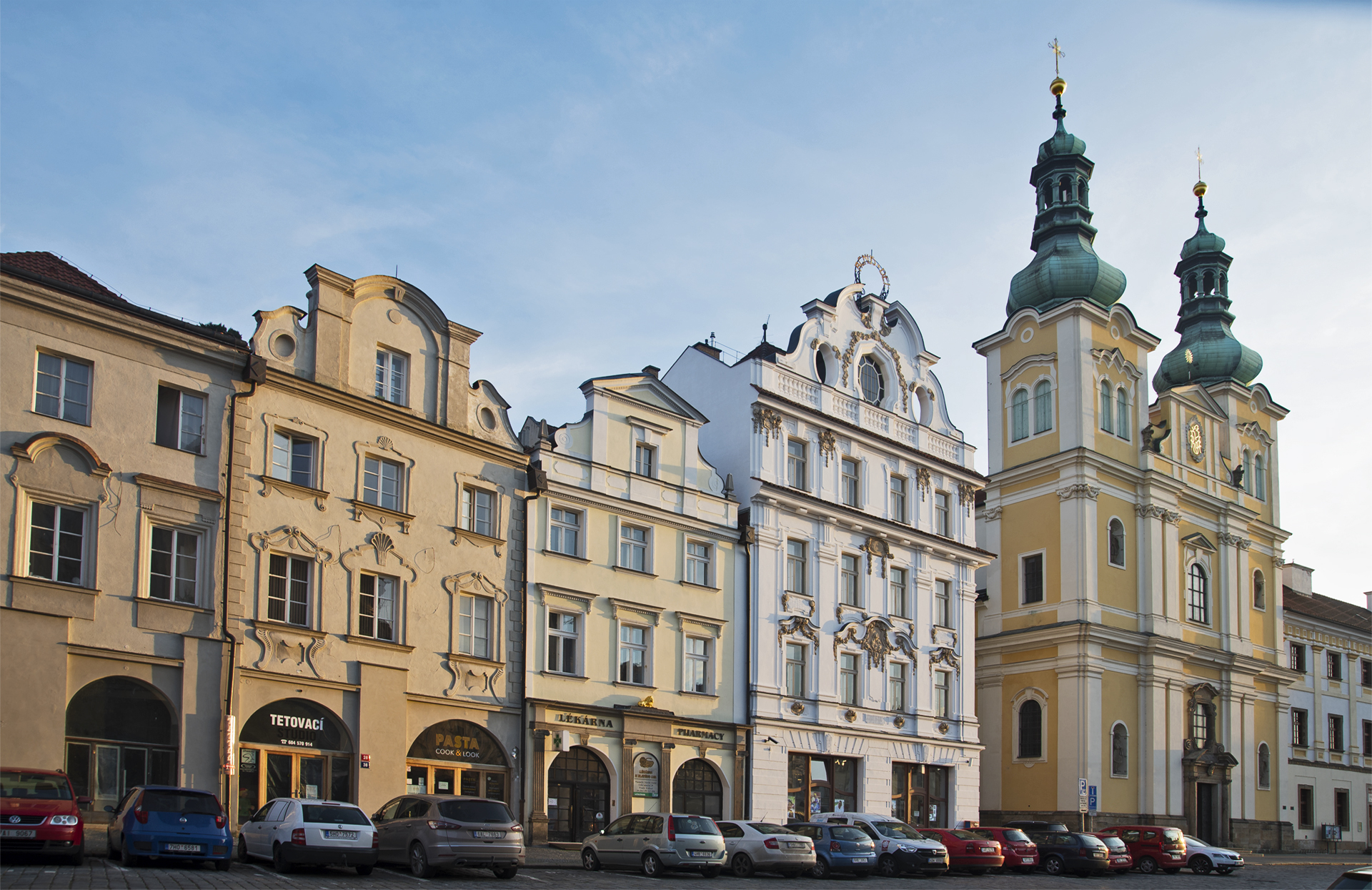 The original building was called U zlatého Beránka (The Golden Lamb). It served as a renowned hotel in the region, used mainly by officers and clerks. Later, it was the first seat of the Credit Union (Záložní úvěrní ústav). In 1905, the house was demolished, probably because of its decay and static problems; a year later, it was replaced with a building designed by Rudolf Němec. At that time, Rudolf Němec was a teacher at the local vocational locksmith school; later, he later became the headmaster.

The house is located on the high-profile plot in Velké náměstí Square opposite the Church of the Assumption. Compared to the original object, the new building had one more floor. The project was approved by Mayor Ulrich on 14 May 1906. The house was owned by the Roman Catholic Church, which also owned and rented other buildings, mostly in the southern part of Velké náměstí Square.

The corner building has three floors; its front part, however, has four floors. The main façade is oriented to the square; the house has a saddle roof. The front facing the square has four window axes; the façade facing the street fourteen. There is rusticwork on the ground-floor street façade, while the second floor is decorated with high pilasters with pedestals and Tuscan capitals. The panels between the windows have stucco decorations – segmental lintel arches and stucco garlands. The second and third floors are separated by a massive cornice. The cascaded Baroque gable is decorated with vases and it has a large rectangular window and two oval openings. On top of the gable, there is a circular inscription “Agnus Dei” which originally included a statue of a lamb.

The layout of the building is divided into two longitudinal wings. The building has a basement. In the front part facing the square, there were two shops. The residential part of the house was accessed from Na Kropáčce Street. The entrance hall has a segmental tunnel vault. In the building, there is a three-flight staircase; its railings were decorated with ironwork (probably due to the fact that the architect taught at the local locksmith school at that time). All rooms have flat ceilings.

The exterior has recently undergone a total reconstruction; the sculpture of the lamb on the gable is missing. Some flats have been converted into offices.

U Beránka / The Lamb House is an immovable cultural monument No. 32915/6-4881, registered on the Central List of Cultural Monuments of the Czech Republic (ÚSKP) and part of the protected urban conservation area in Hradec Králové. 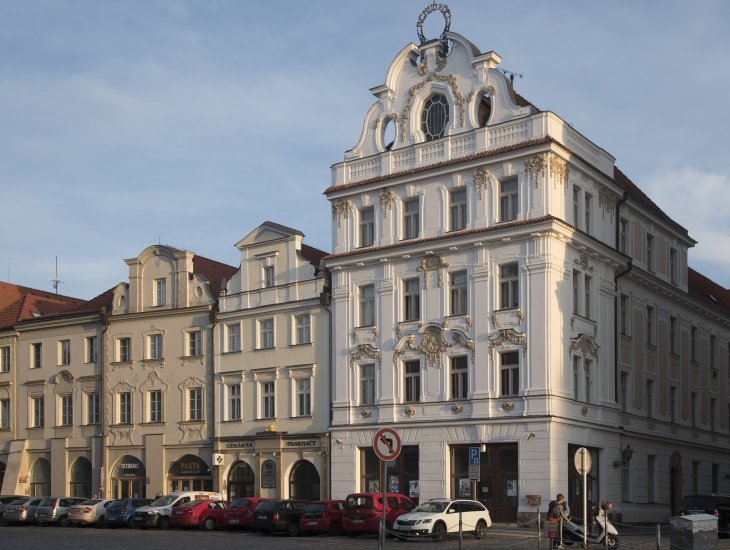 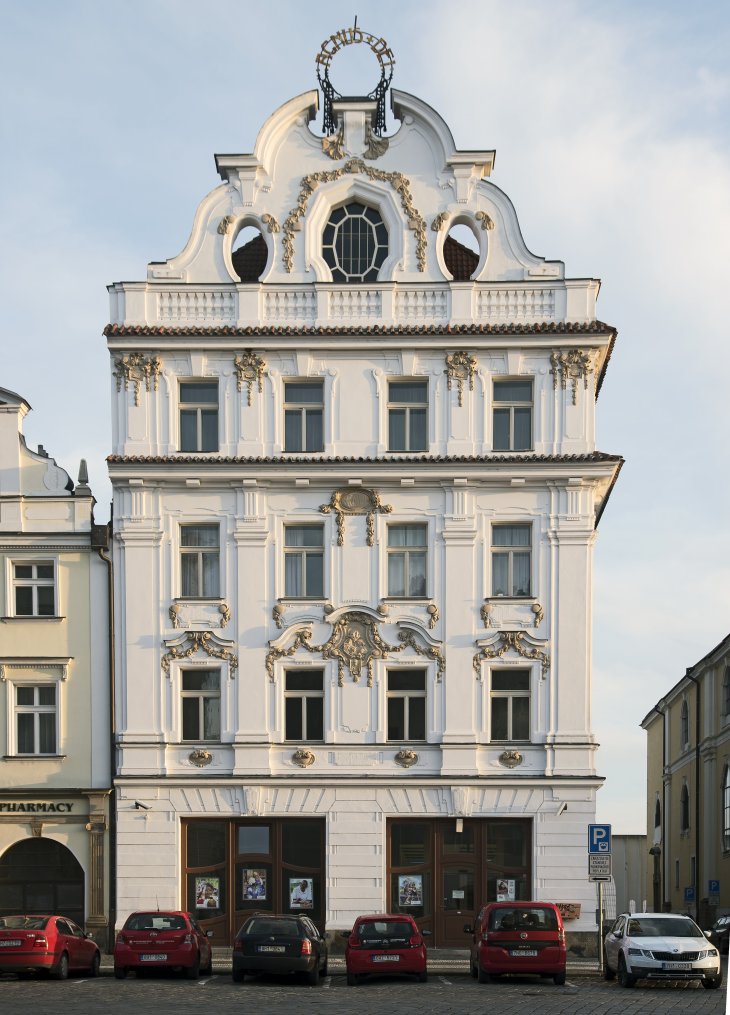 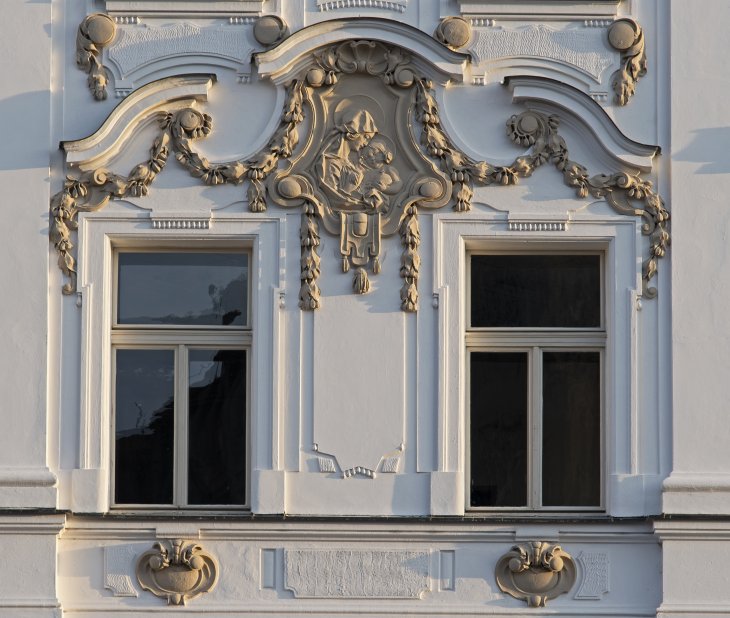 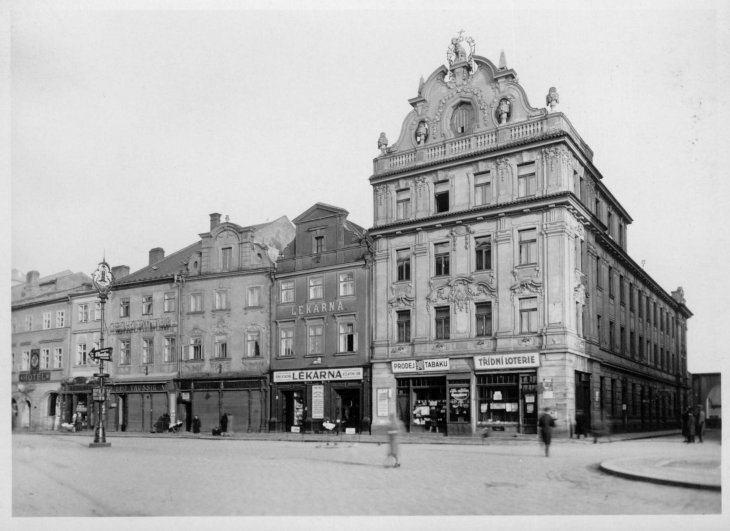