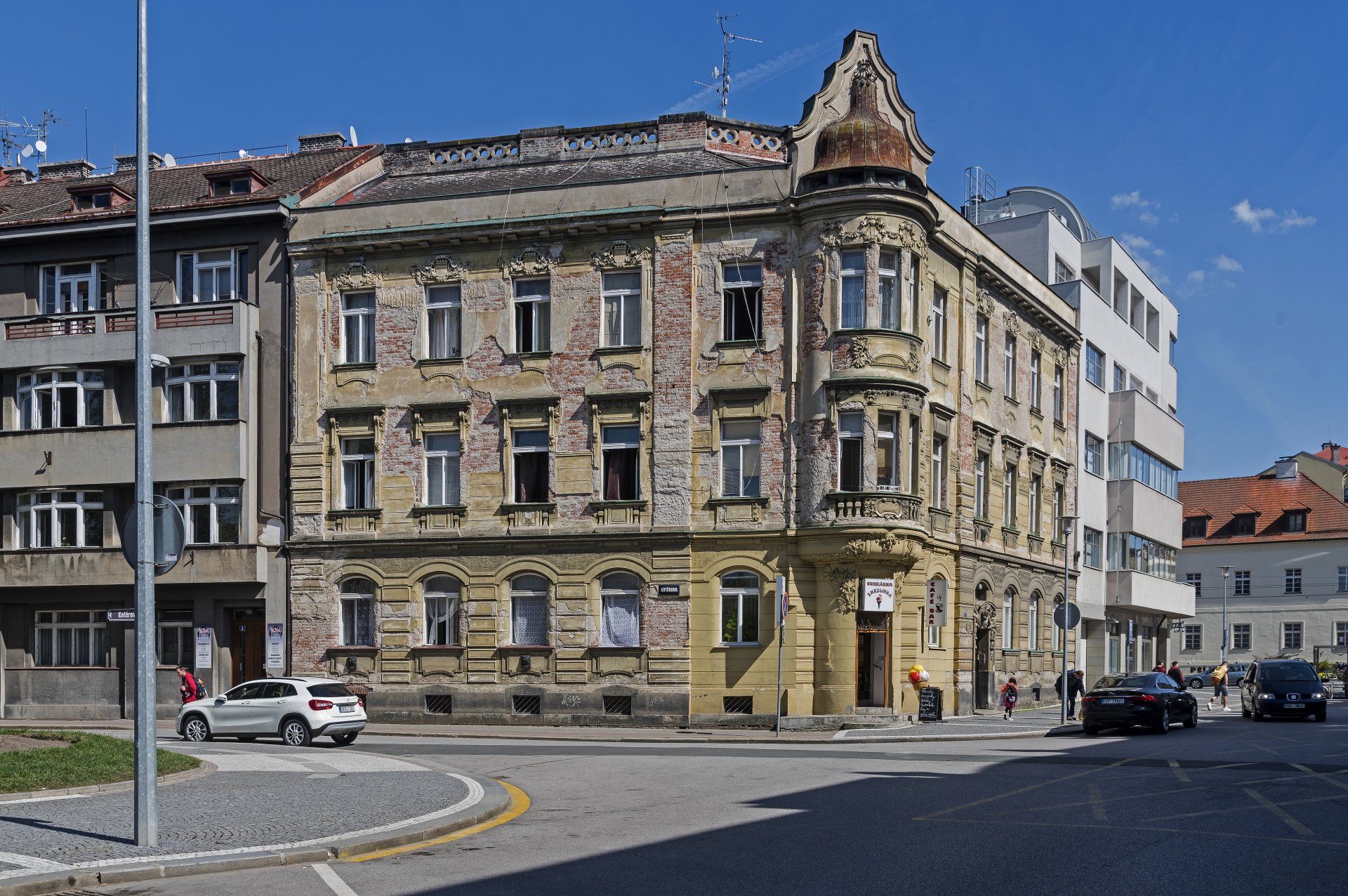 The building permit application for this corner tenement house was submitted by physician Ladislav Tvrzský on 8 August 1904; the construction began in August of the same year. The building was completed around 15 August 1905. The house has three floors, an attic, and a basement.

At that time, Dr. Ladislav Tvrzský was the senior consultant of the department of internal medicine in the local hospital. He was also an active member of the Sokol sports club in Pražské Předměstí (Prague Suburbs) that still exists today. He approached Rudolf Němec, an experienced architect from Prague who designed several buildings in Hradec Králové, and asked him to design a tenement house. The contractor was Robert Schmidt, the owner of one of the largest and best-known construction companies in the city.

The street façade of the tenement house is richly decorated with Art Nouveau ornaments and architectural features; the first two floors are embossed, and on the corner, there is an oriel. While the rusticwork, the relief balustrade decorating the oriels, and the ledges above the first-floor windows with volute brackets refer to the historising Neo-Baroque style; other features such as the floral frieze with a mask at the foot of the oriel, the segmental arches above the ground-floor windows, and the stucco frieze with putti, a garland and floral ornaments above the original entrance facing Palackého Street seem to be inspired by Art Nouveau and the urban style of tenement houses.

The tenement house was built on the plot No. 2 in the block W. The land was originally owned and used by the military administration and part of the so-called fortification district, but it was bought by Ladislav Tvrzský soon after deregulation. After the construction was completed, Tvrzský requested an exemption from the domestic tax and provincial, district and municipal fees for eighteen years; such measures encouraged the development in the city. The original layout of the house included six two- to five-room flats. In the basement, there was fuel storage and other storage space; in the attic, there was a laundry room.

Today, the layout is different. The five-room flat on the first floor was divided into three residential units. In the ground-floor corner room, there is a confectionary, so a new entrance had to be built instead of the original corner one. 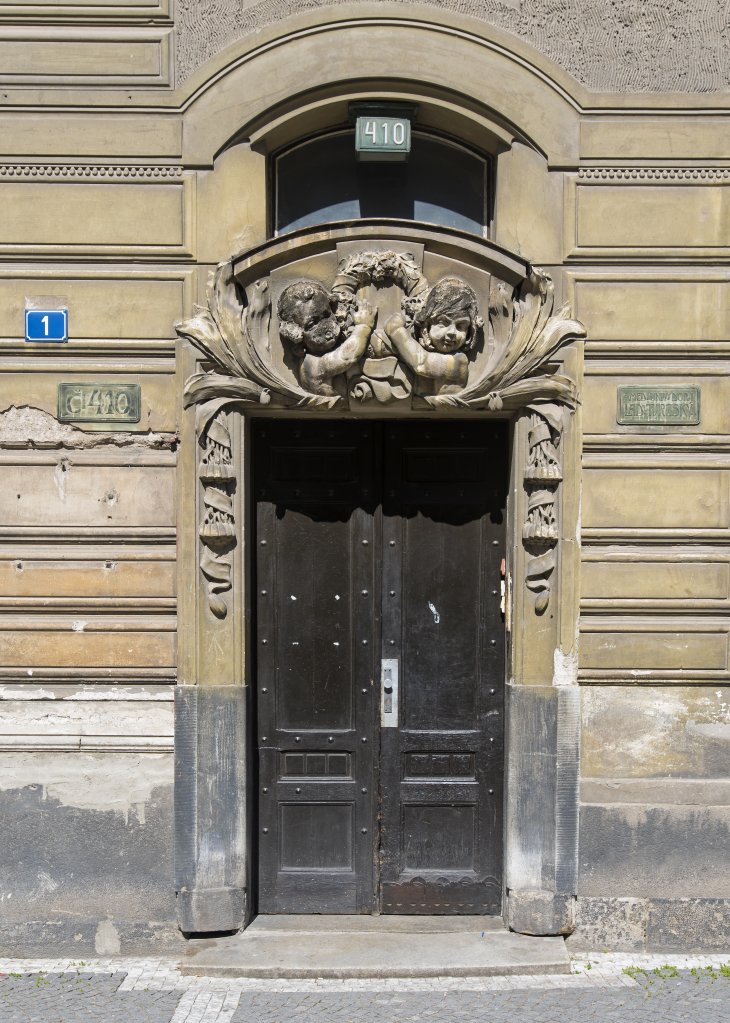 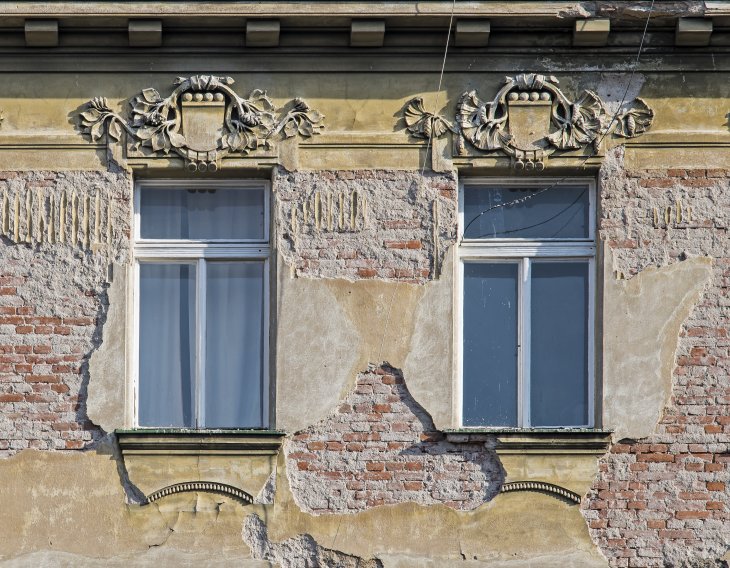