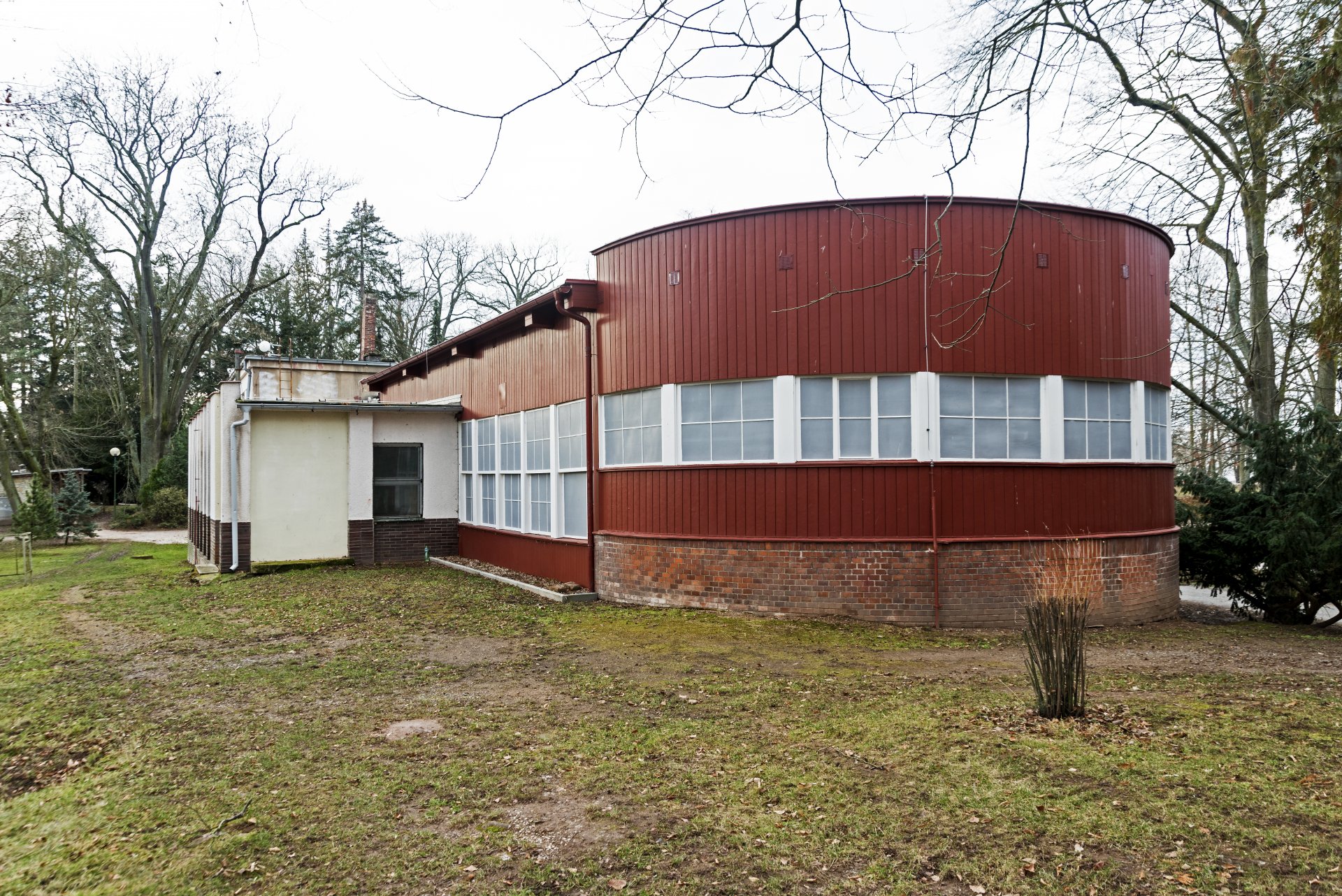 The hall added to the restaurant in Jiráskovy sady Street, situated on the confluence of the Elbe and Orlice Rivers, was built between 1932 and 1933. The original restaurant with billiards was in the area already when it used to be a closed officers’ park.

The pavilion was designed by architect Jan Rejchl and built by František Komárek. The summer restaurant was certainly inspired by Viennese park cafés. The architect created light airy space where numerous sash windows connected the interior with the surrounding vegetation and the adjacent river.

The construction began in the winter of 1932 with the reconstruction of the old building. A greate freeze, however, suspended the work. In the spring, the building works set in motion again, but the enclosing walls of old the restaurant turned out to be in poor condition, which made the reconstruction much more difficult. Only the foundations of the old building could be used and the restaurant was built as a new building made of brick and wood. On 10 September 1933, the new object was completed.
The roof of the wooden restaurant hall is made of hidden ceiling beams spanning the entire hall. The shape of the beams curves the low shed roof towards the Orlice River. The space beneath the raised platform was used for warehouses. The restaurant hall features a brick base, high parapets, originally designed for flower boxes, and a strip of windows divided by narrow columns.
The restaurant room, which could also be used for dance parties, theatre performances and various celebrations, leads to a semi-circular wing with a stage. The use of wood refers to traditional materials, but the architectural language suggests that Rejchl knew functionalism quite well. This is obvious in the nautical shapes reminiscent of a cruise liner.
The restaurant hall is accessible from the exterior. The brick wing of the building housed facilities, warehouses, and a taproom. On the second floor, there was the restaurateur’s flat, a clubhouse and a drying room.
Architect Jan Rejchl chose the materials very carefully. The wooden asymmetrical section with a semi-circular ending contrasts the symmetrically built wing closed with a cornice. Thus, the building shows that Jan Rejchl was able to transform the avant-garde style he learnt about during his studies and practice in Prague before 1927 into a measured form that was acceptable in the local environment and to combine it with traditional architectural features and procedures.
The hall has retained its multifunctional character. After 1948, it served as a school cafeteria until the 1990s. Currently, the building houses the local school of floristics and design, which uses the hall for exhibitions, lectures, lessons, and recreation.
Radim Nossek and LZL
Monument Preservation

The restaurant pavilion is part of the protected site of the city conservation area in Hradec Králové. 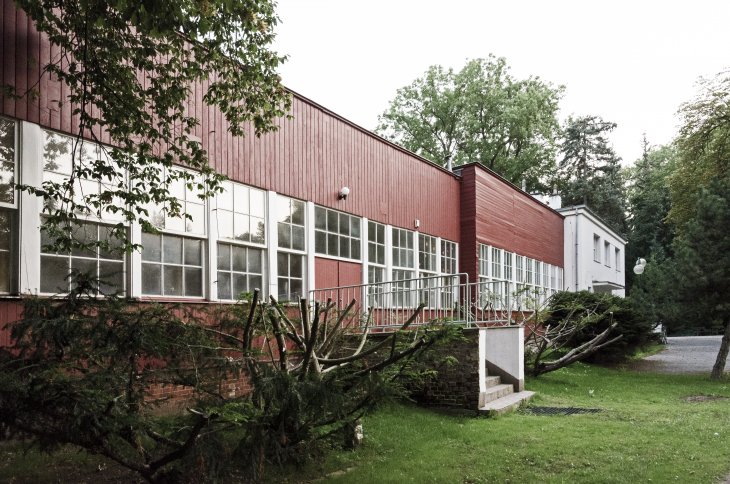 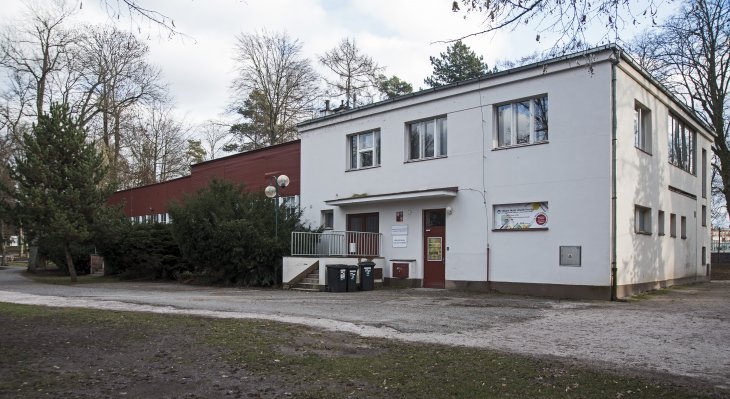 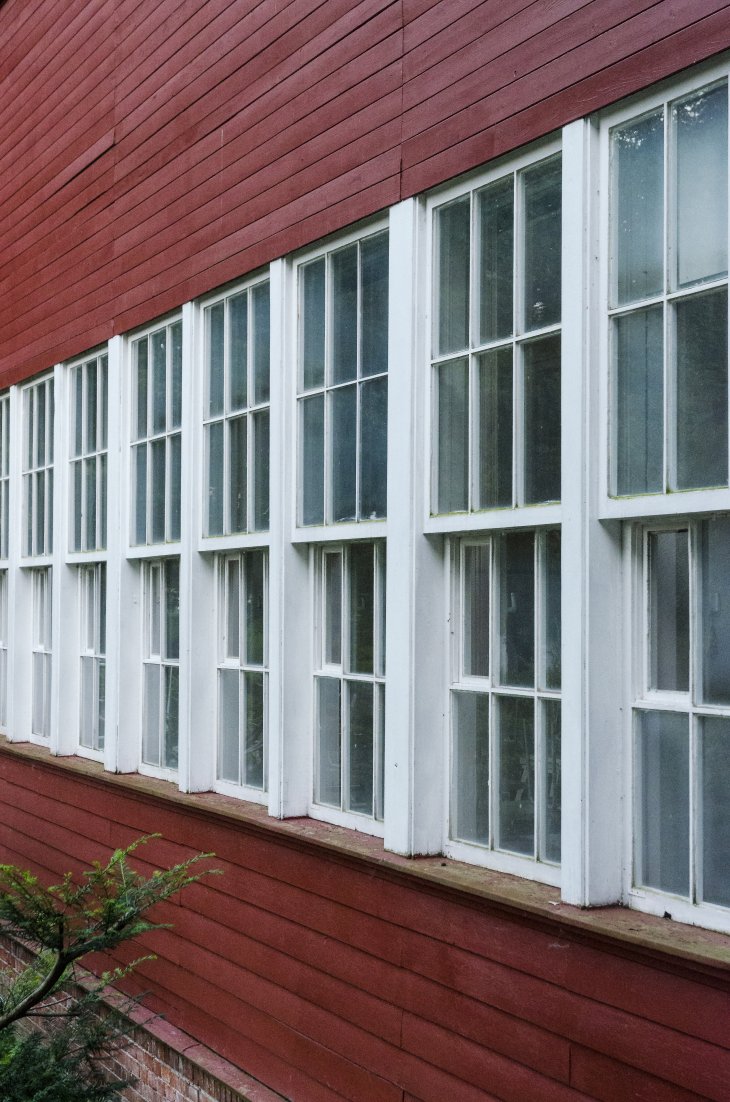 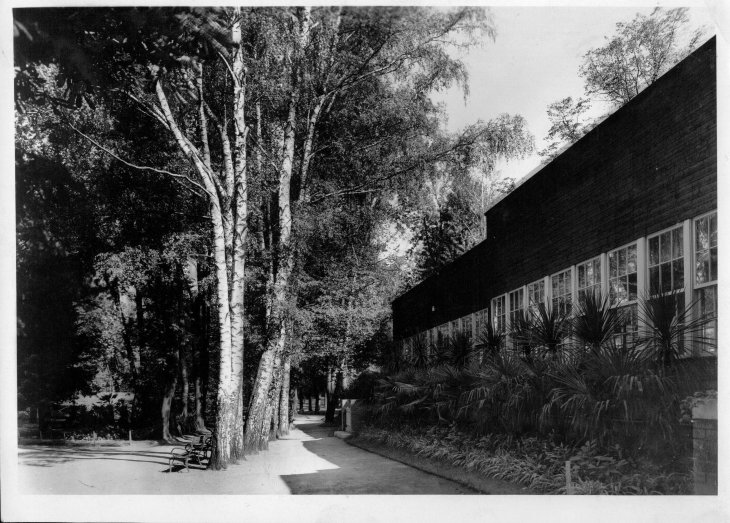