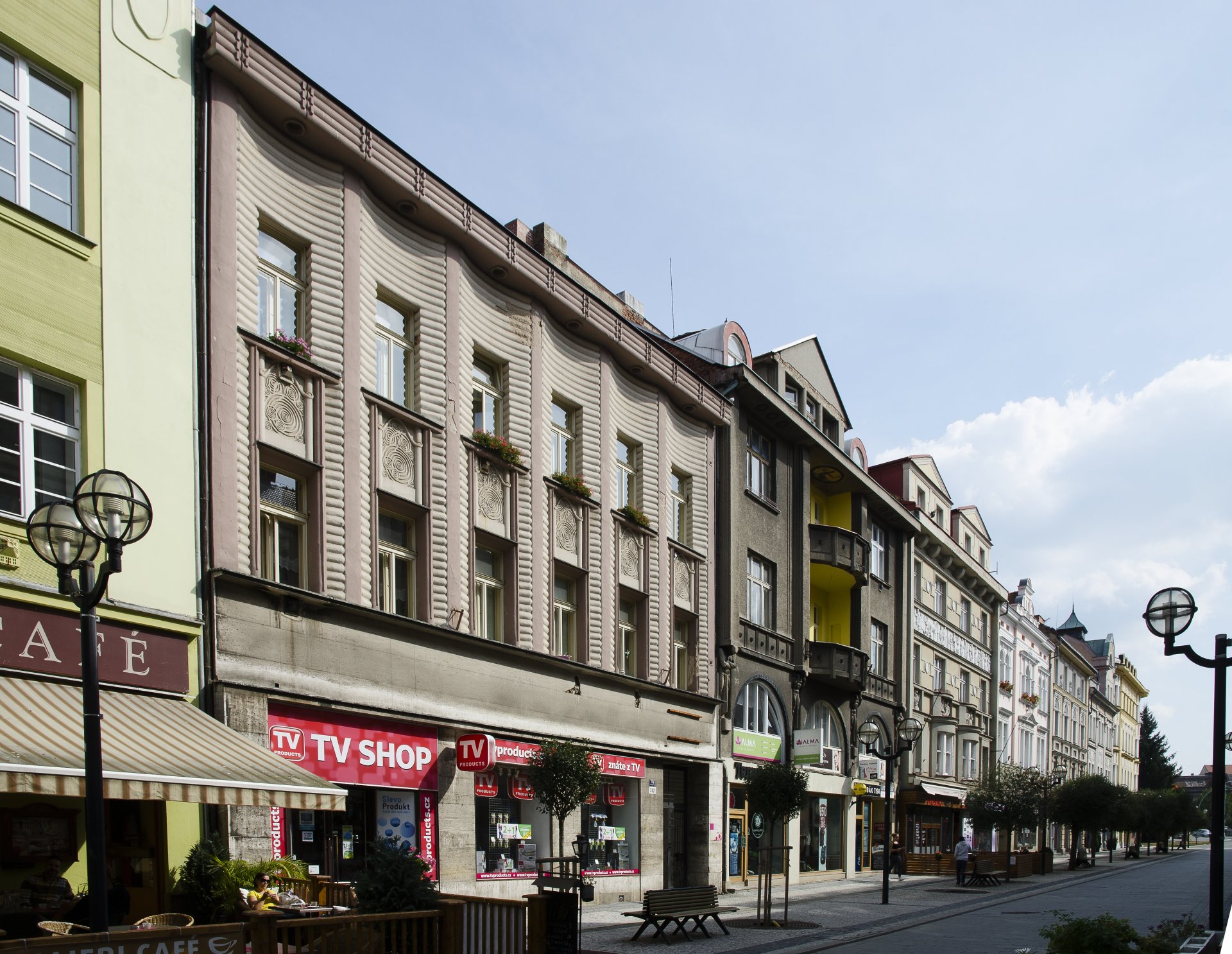 In the spring of 1911, the wife of Josef Carda, a baker from Hradec Králové, got the building permit for the construction of a two-storey tenement house. Its façade, however, was not approved due to the bad roof angle and crest height. A new design of the façade had to be submitted. In the original plan, the architect Waigant turned away from the reserved and blunt forms of geometric modernity, so typical for his designs during and after his studies, and suggested the direction he was going to take. The rejected project was designed as an Art Nouveau, decorative space with compressed spirals and swirls under the cornice, but still with a simple basic mass on other floors. Four months later, Waigant submitted a new design in an even stronger and more pronounced decorative spirit, emphasising the rhythm of the six concave niches on the façade. This concept was approved, and the construction was completed in October 1911.

The main crown cornice is profiled horizontally with grooves and extended in front of the main wall. The façade of Mr Carda’s house is richly decorated not only with Waigant’s favourite spiral stucco formations between the windows, but also with fluted “furrowed” surfaces. Moreover, the façade is concave in each window axis, so that its wavy appearance reminds us of the second floor of the house at 543 ČSA Avenue. It is even intensified by vertical lesenes, separating the axes.

The first and second floors have the same floor plan with two-room flats with facilities.

In 1947, when the house was owned by Karel and Vladimír Carda, who ran an established bakery on the ground floor, the portal under the string-course cornice was changed along the entire length of the building and a protruding cornice was built above the entrance, supporting the company sing, “Cardovo pekařství” (Mr Carda’s Bakery). During the reconstruction, the owners removed two distinctive plastic elements in the ground floor corners representing the caricature mask of an old Chinese, three-quarter columns illusively propped against the parterre plinth, and the stucco decoration similar to the ornaments under the window sills on the second floor.

With its ornate and delicate form, the house No. 512 is markedly different from the timeless form of the previous progressive designs, unlike Jan Kotěra’s style used by the architect before. The house is an example of distinctive, articulated architecture and it was decorated by the architect’s brother, sculptor Antonín Waigant. Today, the high quality craftsmanship and architectural detail of the house, which shapes the pedestrian precinct of the centre of Hradec Králové, are weakened by the ground floor damaged by later adaptations.

The tenement house at 512/14 Švehlova Street is an estate cultural monument registered in the Central List of Cultural Monuments of the Czech Republic under the registration number 32715/6-4524. 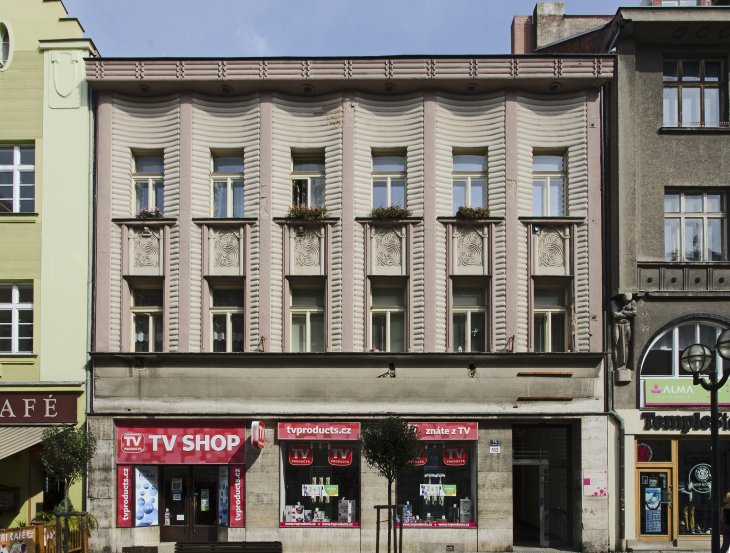 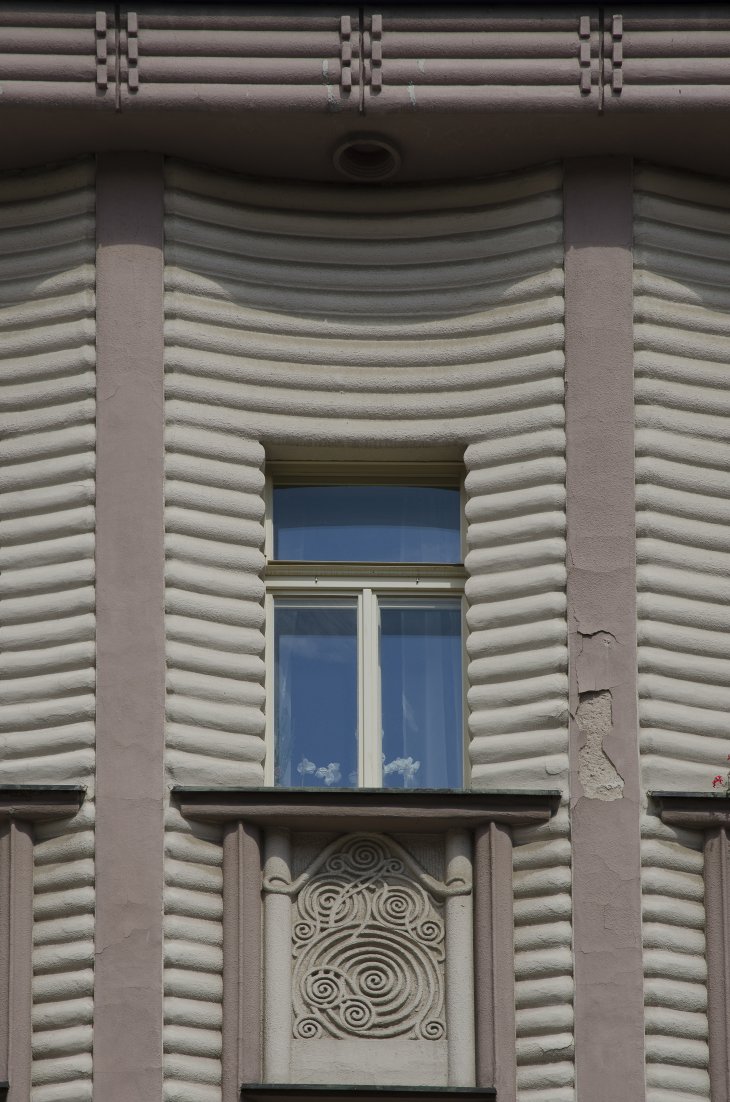 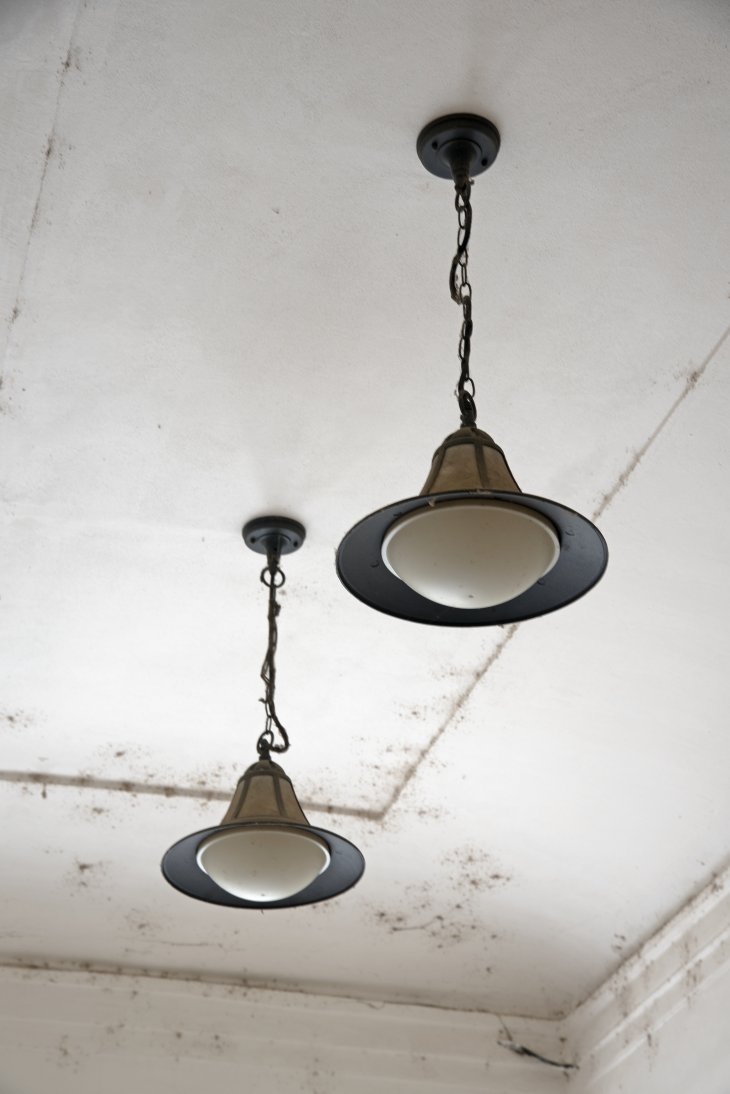 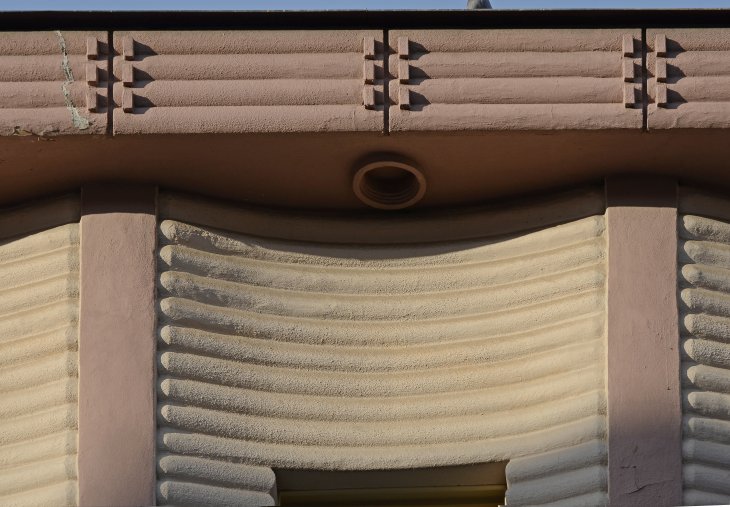 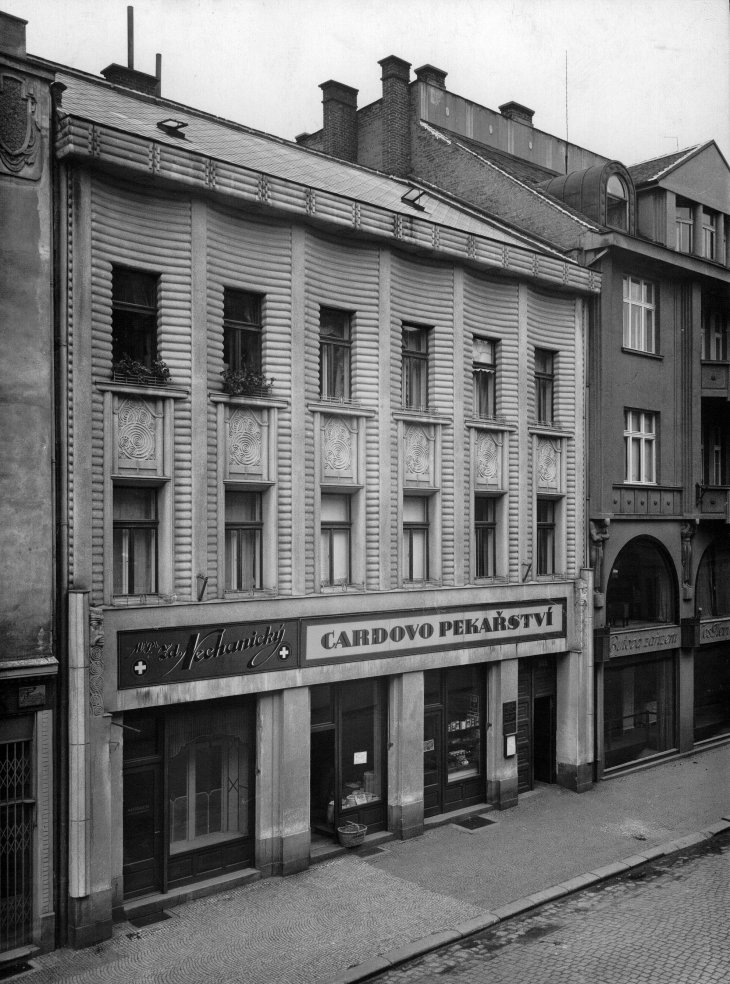 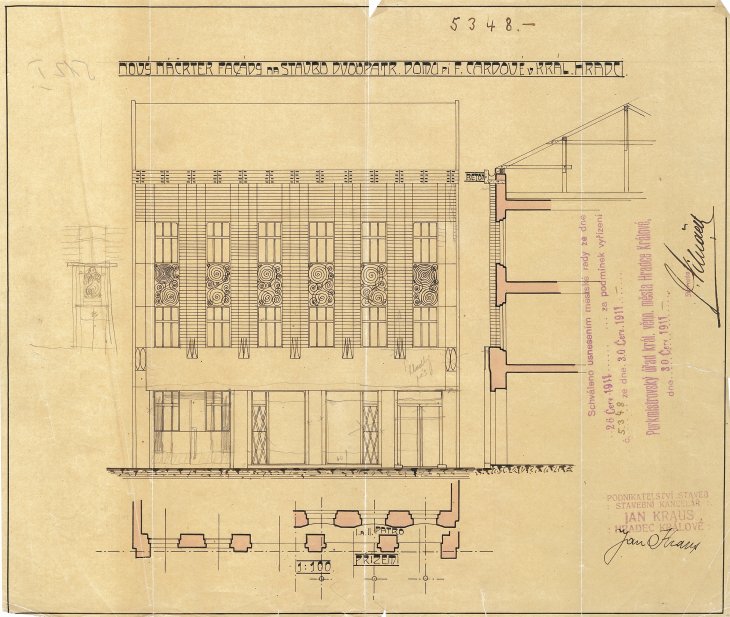