Vaclav Rejchl Jr. was born to a family of an inventive enterprising self-taught bricklayer and architect Václav Rejchl in 1884. After graduating from the Hradec Králové Realschule, where he studied with painter Bohumil Kubišta, he continued to study architecture at the Technical University in Prague in 1903. His teachers were Josef Schulz, whom Rejchl liked because they shared enthusiasm for historical architecture, as well as Rudolf Kříženecký, Jan Koula and painter Adolf Liebscher. Rejchl studied for an extraordinary long time: he did not finish his studies until the state examination in 1916. His studies were first interrupted due to military service in 1908, and later, due to several architectural internships: he worked for father in 1910–1911, and then he was employed in the Hradec Králové technical office in 1911 to implement the final regulatory plan with Oldřich Liska. Afterwards, he worked for German architect Rudolf Bitzan or architect František Jirásek from Hradec Králové. In 1914–1916, Rejchl first joined the army and then he commanded a troop supplying building materials for military purposes in Eastern Bohemia until the end of the war [1]. During his practice at his father’s studio, Rejchl worked on the design of a number of buildings, the most important of which were several villas built in around 1910 (Jan Sixta’s or Karel Janda’s villa); in 1913–1915, he worked on the design of the Hus House. Before WWI, Václav Rejchl Jr. worked as an architect in the nearby village of Třebechovice pod Orebem. In 1912–1913, he designed the completion of the building No. 28 and the extension of the mill No. 46; after the war in 1923–1925, he designed and built smaller houses at 545–550 Na Stavě Street, 551–556 Jiráskova Street, and 557–566 Hradecká Street. Before the war, he also designed a two-wing school building in the style of modern classicism in his native village of Librantice.

After World War I, Václav Rejchl Jr. together with his father joined the Construction Company that united seven construction companies in Hradec Králové: Josef Jihlavec, Josef Novotný, Josef Fňouk, Robert Schmiedt, František M. Černý, Jan Kraus and Rejchl’s office. In the post-war crisis, the Company was supposed to divide contracts evenly. Nevertheless, it split up soon. Václav Rejchl Sr. retired in 1920, and the now independent Rejchl’s office was taken over by Václav Jr. In the first half of the 1920s, he designed a number of public buildings projects: the Student Home, the YMCA Building (his younger brother Jan also worked as an architect student on this project) and the District Youth Care Centre (the last two projects were designed pro bono). In this period, Rejchl also designed private buildings in the spirit of richly decorated and segmented Art Deco architecture: a house at 645 Orlické Embankment and semi-detached houses at 655 and 656 Balbínova Street. Between 1925 and 1927, Rejchl designed two tenement houses, one at 720 Kotěrova Street and one at 775 Divišova Street. In the second half of the 1920s, when Jan Rejchl finished his studies at the Technical University in Prague and Josef Gočár’s Special School and returned to Hradec Králové, Václav Rejchl Jr. put his own architectural work aside and became a builder of his brother’s projects. They included the monumental railway station building from 1927–1935, which kept the brothers busy for seven years, the buildings of the National Bank of Czechoslovakia, and the District Economic Savings Bank. An important independent project designed by Václav Rejchl Jr. was the monumental modern building of the Regional Court. In the late 1930s, Václav Rejchl Jr. designed several buildings outside of Hradec Králové, namely the buildings of the District Office in Nové Město nad Metují. The focus of his work, however, remained in Hradec Králové. In 1936, he designed several tenement houses in Bratří Čapků Street and Okružní Street. In 1938, he designed two tenement houses in S. K. Neumanna Street in the vicinity of a cooperative dairy, the production and administration parts of which he designed and built in 1925–1926. In 1938–1939, Rejchl worked on buildings and a runway at the airport in Věkoše. He resumed his building activities in 1945–1948. In 1948, he refused to let his office nationalized, for which he was imprisoned in the custodial prison at the Regional Court in 1952–1953, which he designed and built in 1931–1934.

During the 1950s, Rejchl focused on preservation activities. He was a member of the conservation office since 1919, and he served as a preservationist for the Rychnov Region. For example, he helped preserve the mascarons on the Grand Hotel building made by stonemason Václav Škoda, inspired by the adjacent Palm Garden designed by Jan Štursa; in the early 1960s, he opposed the insensitive reconstruction of the chateau in Rychnov and Kněžnou; and between 1960 and 1961 he and Zdeněk Wirth (and in 1962, he himself) strived for placing the statue of Jan Žižka in Velké náměstí Square. As the author of the regulatory, he commented on the issues of urbanism in Hradec Králové on behalf of the Town National Committee plan in the 1950s: he criticized the terraced development of the Labská kotlina I. housing estate and though the half-open blocks of the Orlická kotlina housing estate were more natural; he also fought for the preservation of green vegetation in the town (in particular, he wanted the newly built sections of the second town circuit to include a lane of trees and bushes in the middle [2]. Václav Rejchl Jr. was also engaged in popularisation activities. His lecture on the construction development of Hradec Králové and the scenario of the exhibition organized for the Hradec Králové municipality, ‘Significant Places of the Modern City of Hradec Králové’, which included historical photographs with Rejchl’s comments, has been preserved [3]. In the 1950s and 1960s, Václav Rejchl Jr. focused primarily on his family and pomology. He died in Hradec Králové nearly 80 years old.

Work on the final regulatory plan (with Oldřich Liska)

Completion of the construction of buildings No. 28 and No. 46 in Třebechovice pod Orebem

Competition for elementary and town schools in Hradec Králové (with Jan Rejchl; the winning project was designed by Josef Gočár)

Built the veterans home in Hořice designed by Otakar Novotný

Buildings and adaptation of a runway at the airport in Věkoše 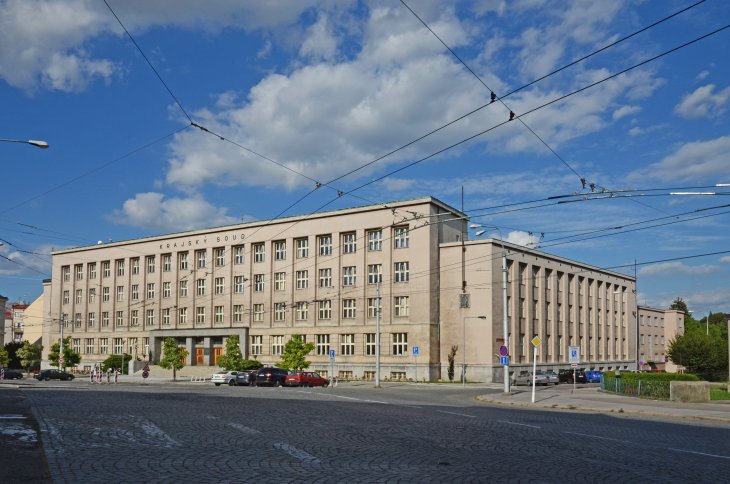 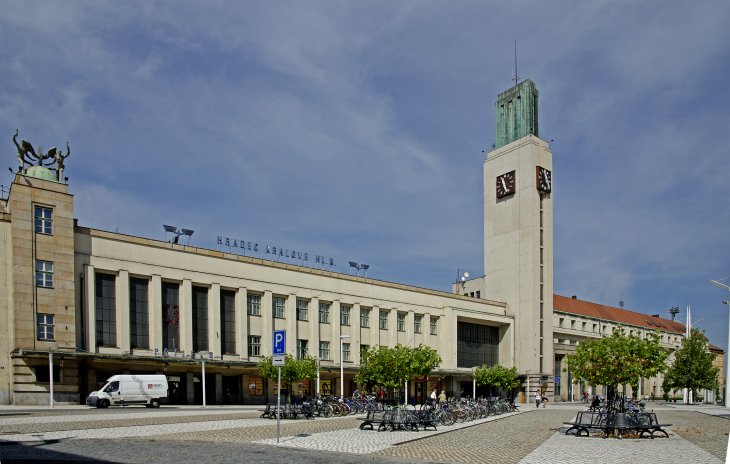 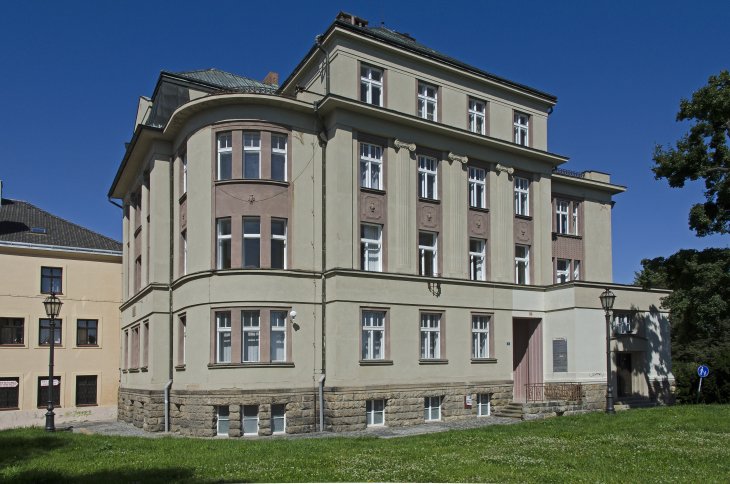 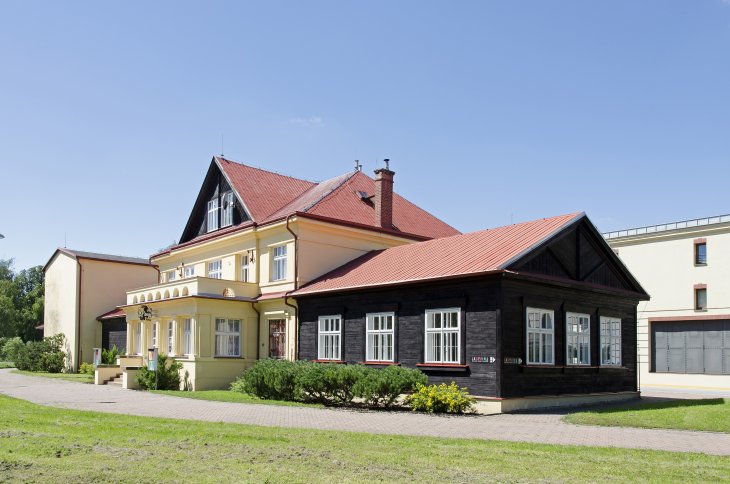 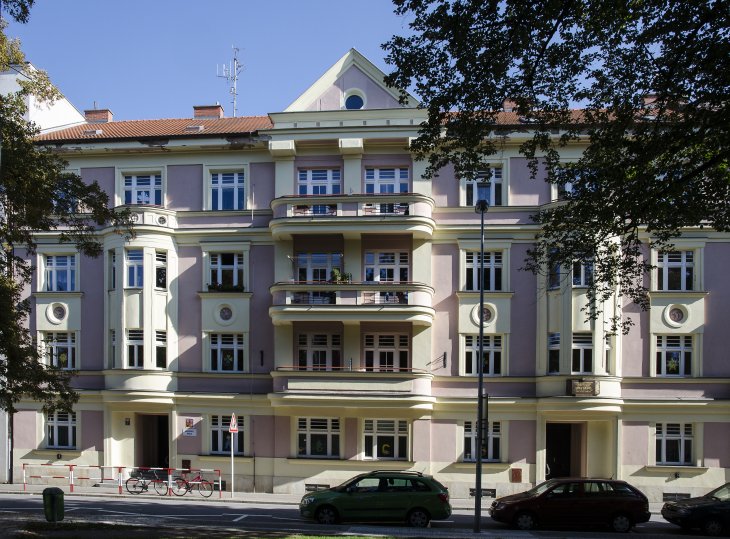 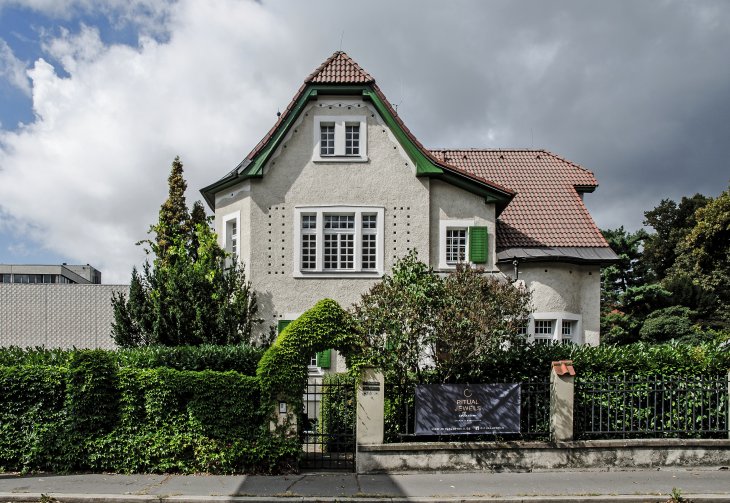 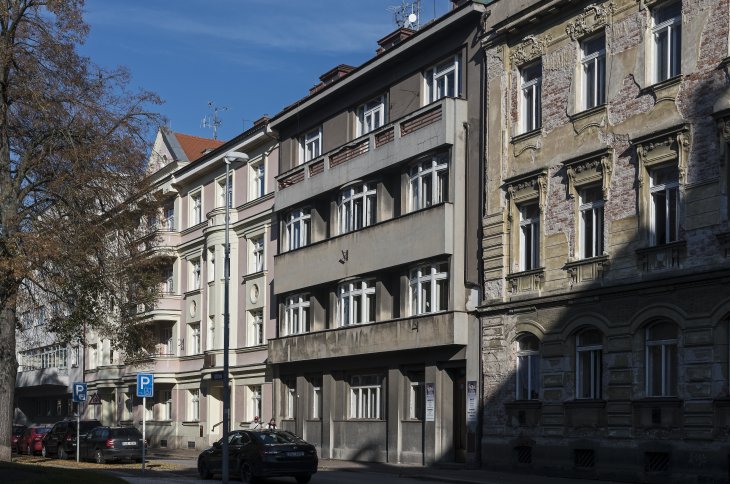 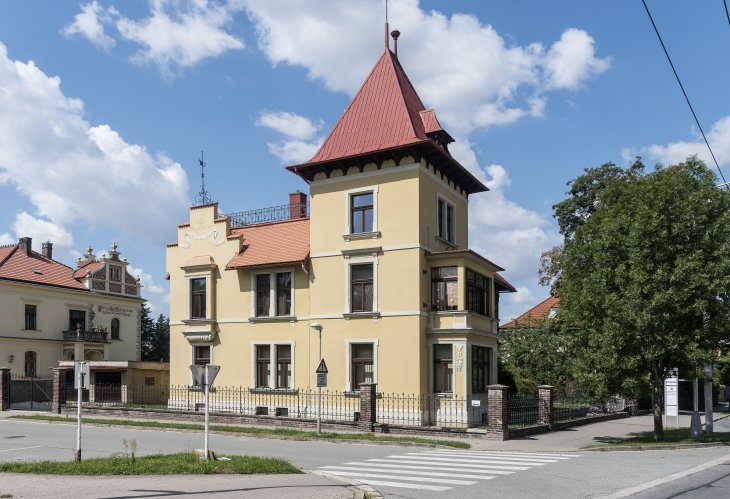