Vladimír Fultner was born in Hradec Králové into the family of Karel Fultner (1853–1901), a lawyer and provincial attorney, and his wife Anne (1862–1933), on 28 July 1887. He grew up in Hradec Králové, in the inspiring atmosphere of the destruction of the local stronghold and the unexpected development of the city that became a true regional metropolis. After grammar school, he went to Prague to study architecture at the Czech Technical University in autumn 1904. Education under professors Josef Schulz and Jan Koula, however, was considered old-fashioned by innovative architects. Therefore, influenced by his agile schoolmates (Pavel Janák, Josef Chochol, Vlastislav Hofman, Emil Králík, Vladimír Zákrejs, Oldřich Tyl, Josef Rosipal, and others), Fultner joined the Association of Architecture Students (est. 1900). Its members demanded to bridge the discrepancy between the historicizing school curriculum programme and the challenges of contemporary life. They found an example of an ideal partnership of pedagogues and students in the way Jan Kotěra led the special school of architecture at the School of Applied Arts in Prague. However, Fultner did not finish his studies.

In 1908, he got the opportunity to work on small projects for the grand Jubilee Exhibition of Commerce and Trade Chamber in Prague. At the same time, he began to gain recognition also for his drawing skills after he published two designs of pianos for Petrof company in Hradec Králové in Dílo journal. His visual concept evokes the aesthetics of similar concepts by Joseph M. Olbrich and Otto Wagner that captured the shift from highly stylized floral decorations to simple geometric patterns and lines. In January, 1909 Fultner prepared an unconventional exhibition in the Rudolfinum Gallery in Prague, which presented work by painter Josef Navrátil.

In his subsequent architectural work, Fultner used his extraordinary talent. His designs excelled in artistic quality and originality and they were inspired by contemporary architectural trends. Fultner’s work was considerably important for the formation of Czech modernist traditions although it was created in a very short period of time (1908–1913) and in a limited area (Hradec Králové and Jaroměř, xxx-marginally Prague, Kutná Hora, and Brno).

Fultner began his short professional career at the age of 21. He got ahead thanks to his uncle Antonín Hanuš, a local wholesaler of leather, who asked Fultner to rebuild his three adjacent houses at Svatojánské Square (now at 169 V Kopečku) in 1909. Fultner added one more floor and connected the two parts into a breathtaking complex with typical features of modern European trends – a moderately structured mass and surface, a pronounced vertical composition, cost-effective, but impressive late Art Nouveau geometric decorations, and an elegant cornice respecting the layout of the building. It was clear that his work was also inspired by the trends of Olbrich’s Darmstadt group that he introduced to Czech architecture.

In Hradec Králové, Vladimír Fultner’s tendency towards geometric Art Nouveau style culminated in the construction of two family houses in Střelecká Street, in a residential area built behind the dam of the former inundation basin. In his 1909 projects for Václav Charvát (no. 459), a railway company officer, and Václav Píša (no. 460), a bank manager, the architect skilfully and in a broad spectrum nuanced Jan Kotěra’s creative line.

At the beginning of 1910, Vladimír Fultner designed a house for the Society for Improving the Public Welfare. The so-called Trade House (no. 472) was built in the early stages of the formation of Husovo (today Masarykovo) Square. By adjusting the regulation plot line and using a generous concept of the building, Fultner wisely defined the future arrangement of the square. Antonín Hanuš’s second house at Karla IV Avenue, whose authorship is also attributed Fultner, was designed in a similar style. The project was carried out in 1911–1912, i.e. within the period of Neo-Biedermeier architecture, which resulted in the decorative element of otherwise plain and simply structured façade.

In 1910, Fultner designed V. J. Špalek’s department store at Velké Square (no. 141), which he had to redesign after complaints made by the local branch of the Za starou Prahu (For Old Prague) club. In his final draft of 1911, he partially reduced the vertical effect and suppressed the decorative elements, so the house does not seem so lively. Yet, the building has an interesting composition. Due to the narrow medieval plot and the efforts to respect the arcade at the historic square, its façade has two huge oriels facing Klicperova Street. The corner twin-spired section highlights the height overlap above the surrounding buildings, which was not received with enthusiasm.

In 1909–1912, Fultner was extraordinarily successful in Hradec Králové and his work seemed to herald a bright future. He won various contracts and he was popular with local notables. For example, at the end of his career in Hradec Králové, Fultner designed decorations for the most important balls of the season, held in the impressive hall of the Grand Hotel designed by Jan Kotěra. One of the balls was held for engineers and industrialists of the region under the patronage of Mayor Ulrich and attended by all important figures. The festive decoration of the hall in white and yellow was generally very positively received. Fultner designed even the smallest details, such as the dance programmes.

Despite all the success, Fultner’s career in his hometown culminated in 1912. After the previous growth, building activities greatly slowed down, there was an excess supply of dozens of vacant flats, and the number of investors able to finance development decreased. The situation in public procurement was also unfavourable. Moreover, World War I started two years later. Another reason was the fact that Fultner changed his approach. The modernist Art Nouveau means of expressions were not enough for him anymore, and he quite dramatically converted to crystalline Cubism, perhaps under the influence of Josef Gočár. He created several cubist projects, published in Styl journal in 1923. In Hradec Králové, however, no architect had an opportunity to carry out a cubist project, and Fultner had to look for opportunities elsewhere. In 1912, he designed a late Art Nouveau villa for the Mr. and Mrs. Čerych in Jaroměř, decorated with a series of cubist elements the next year. The important features include the entrance gate with a fence, resembling Chochola’s work on Kovařovic’s villa in Vyšehrad, and the distinctive outlines of the windows on the upper floor. In 1913, Fultner joined sculptor Ladislav Kofránek to participate in the competition for the monument of Jan Žižka of Trocnov at Vítkov. Their design of a cubist pedestal won the third prize.

Later, Fultner moved back to Prague, but the World War I prevented his further work. He spent four long years in active duty on battlefields, but did not survive to see the end of the war and the establishment of Czechoslovakia. The life of one of the most promising modern architects ended in a military hospital in Zagreb on 2 October 1918. 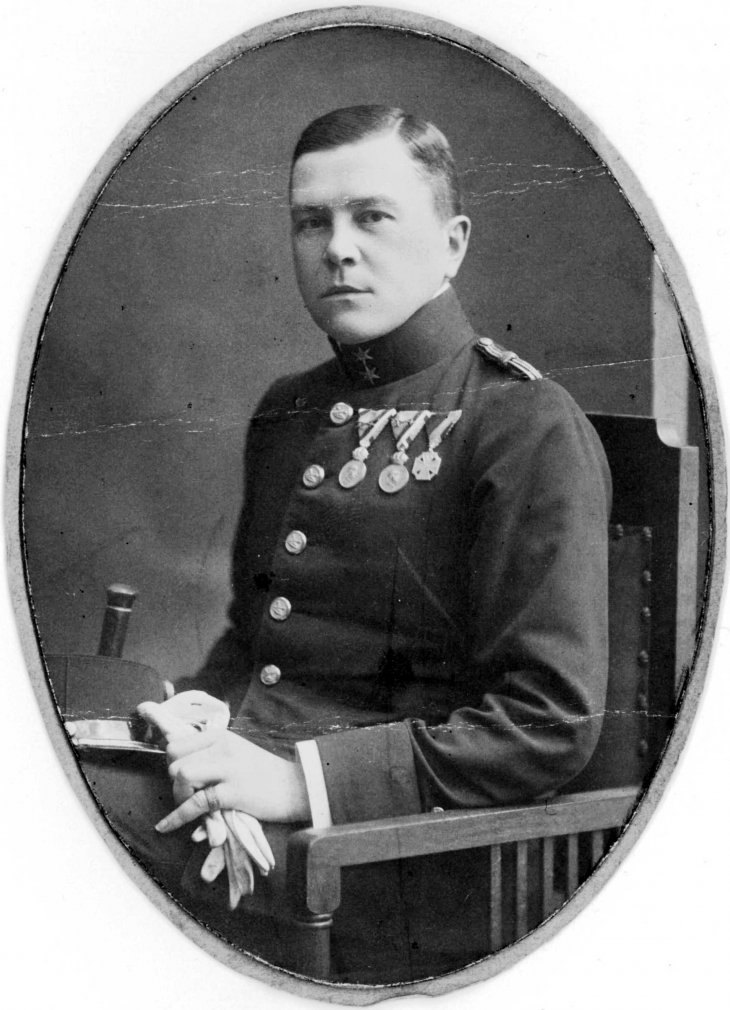 Design of a tenement house

Design of the tunnel to the Primary and Town Girls’ School, Jaroměř

Design of the memorial tombstone for the Kodl family (co-operation Ladislav Kofránek?) 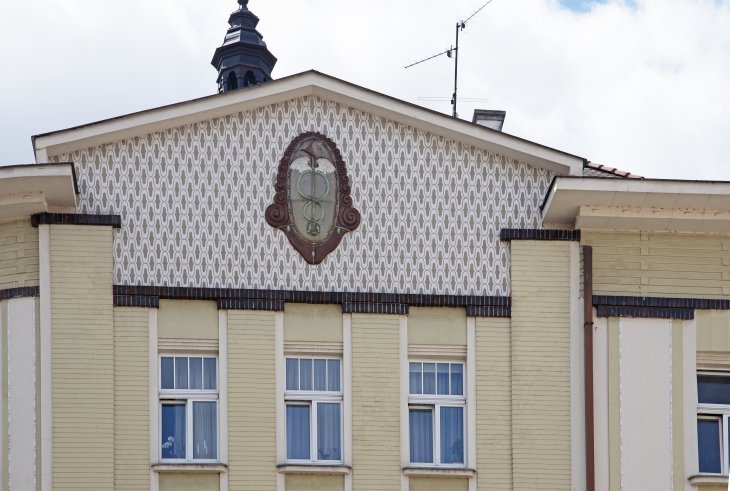 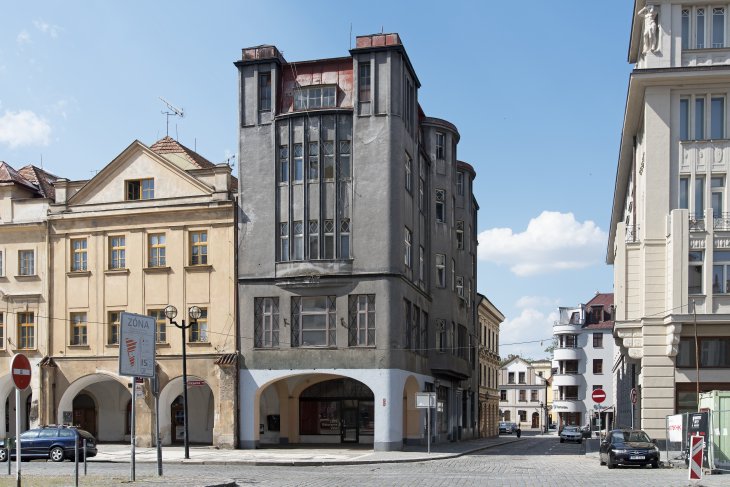 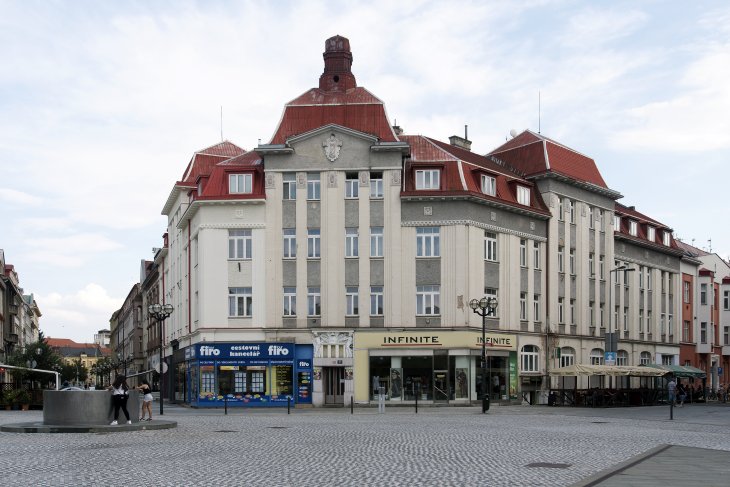 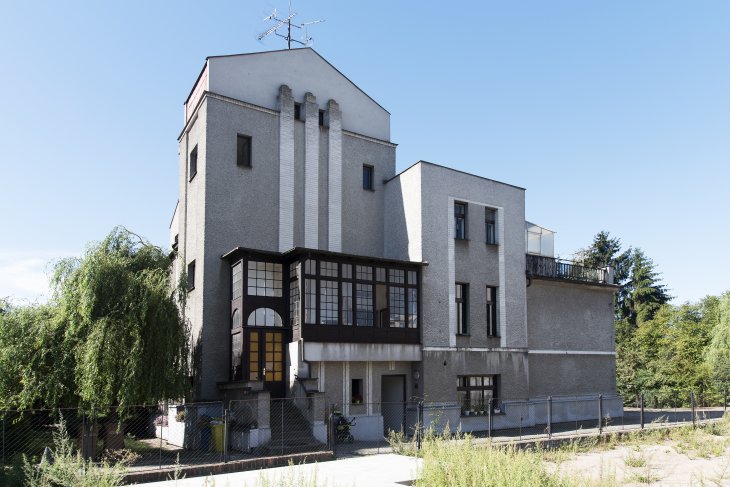 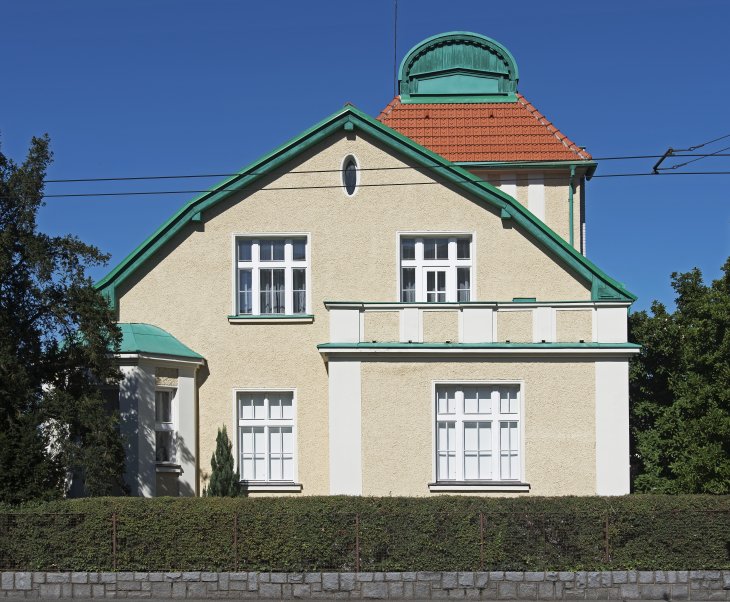 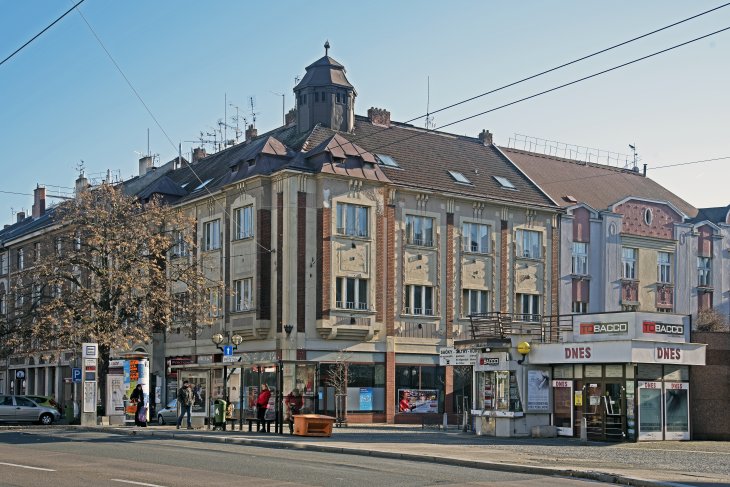