Architect and builder Václav Placák entered the architectural scene in the mid–1920s when he participated in the competition for the Sokol gymnasium in Česká Skalice. The gymnasium was built between 1928 and 1929 and it has a remarkably purist exterior with two historicist allusions: a semi-circular central avant-corps and a curtain portico divided by fully articulated arches. After the gymnasium in Česká Skalice, Placák joined builder Vaniš to design a competition project for the completion of the Sokol gymnasium in Železný Brod. In 1933, he participated in the competition for a town school in Rataje nad Sázavou. The most important project by Placák was probably the one he sent to a closed competition for the redevelopment of the old town of Hradec Králové in 1938. Besides the designs by Jan Rejchl and Oldřich Liska, Placák’s project was the most radical one. Jakub Potůček saw “a desire for a modern functionalist metropolis, full of pulsating life and Teige’s new magical poetry” in it [1]. The most worthwhile buildings in Hradec Králové designed by Václav Placák include the purist Orel gymnasium and the Avion Hotel in Pražské Předměstí (Prague Suburbs), which used to be a detached building until the 1950s when it was incorporated into a closed block of buildings. Its symmetrical street façade with two side avant-corps hid a magnificent modern hotel with 38 rooms, a restaurant, a bowling alley, a club hall, and a garden for guests.

The Sokol gymnasium in Česká Skalice

Completion of the Vlček company building with a glass tower no. 21 in Pražské Předměstí (Prague Suburbs) 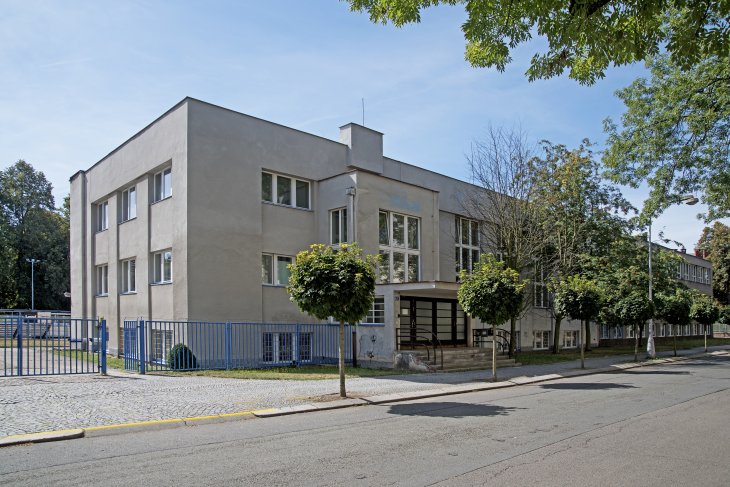 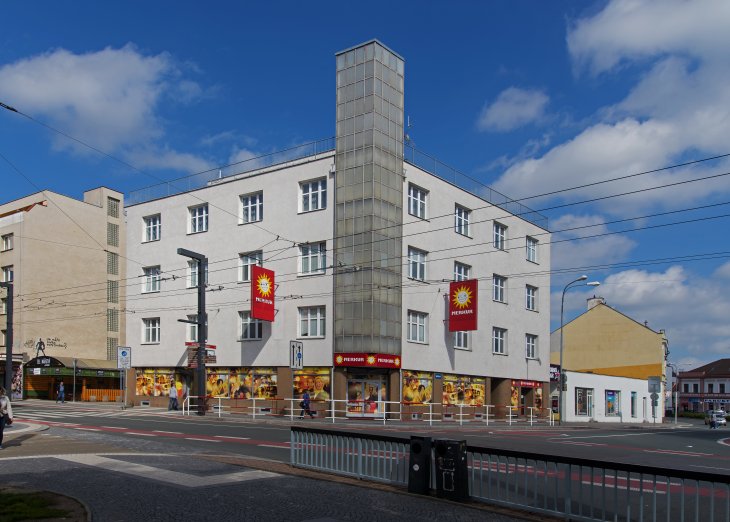