Bohumil Waigant was born in the Old Town of Prague on 26 January 1885, and he spent his childhood in this quarter. He was five years younger than his brother Antonín (* 1880, + 1918), later a successful sculptor who closely cooperated with him. To pursue his dream to model mass, Bohumil Waigant studied the art of sculpture under Josef Pekárek and Karel Novák in Prague and then sculpture under Stanislav Sucharda and painting under Karel Vítězslav Mašek at the School of Applied Arts. He completed his studies at the Academy of Arts, Architecture and Design in Prague (1907–1909) in Jan Kotěra’s studio of decorative architecture. The two years decided Waigant’s future career. His first project became reality when he was still a 23-year-old student of architecture, in 1908. Together with architect Emil Králíček, he designed an Art Nouveau tenement house in Kladská Street in Prague – Vinohrady. Then his first independent project followed: two tenement houses in Chopinova Street in Prague – Vinohrady, inspired by Laichter’s house designed by Jan Kotěra, which represented a prime example of Czech modern art decorated with sober sculptures by Bohumil’s brother Antonín. Waigaint’s studies proved to be crucial not for his art, but also for his career. He soon got the chance to work in Jan Kotěra’s design office, where he was responsible for the construction of the museum in Hradec Králové. Waigant worked in Hradec Králové since October 1910. In addition to the museum project, he worked for Robert Schmidt’s construction company for 15 months before moving back to Prague where he worked for his teacher Jan Kotěra again. After he returned from the war in 1916, Waigant worked for several leading construction companies in Prague, for example for Professor Friedrich Kick, Otto Wagner’s pupil and the only teacher at the German Technical University in Prague who taught modern architecture.

In Hradec Králové, Waigant designed the largest number of projects (including six buildings, several construction projects, interior modifications, and furnishings). This series of projects started with merchant Josef Juliš’s generous offer to design the department store at 479 Gočárova Avenue. With this project, Waigant drew level with the contemporary European architecture. His début was followed by other projects with a more monumental and traditional architectural approach. What made the architect to make such an abrupt shift from modern and progressive designs influenced by Kotěra’s work (school projects, two houses in Prague – Vinohrady, Juliš’s tenement house in Hradec Králové), which were examples of geometric modernism in 1908-1911, to more classicist designs remains secret. [1] Waigant’s development in art is quite unclear and contradictory. His architectural work is compositionally compact and despite the changes of style, from the geometric Art Nouveau to classicising designs and early purism, his designs were clearly based on Kotěra’s rationalism.

Waigant’s projects in Prague allow for a more complex research. It is likely that the architect, sometimes in collaboration with his brother, designed a large number of street façades in Prague. We can determine the authorship of the designs thanks to the repeating themes in Waigant’s work, including the frequent use of spiral ornaments, strong window framing, the combination of facing masonry and plastered walls, concave and convex façade parts, ceiling panels, fluting in the areas between windows, and last but not least, figurative or relief ornaments, designed by Waigant’s brother Antonín. Waigant also had an extraordinary reputation as an interior designer. His talent in furniture design can be seen in elegant interior furnishings and furniture without ornamentation in geometrical forms. For spatial effects, Waigant liked to use wall paintings with stylized floral motifs in the corridors of tenement houses; in some private interiors, he designed coffered ceilings and wooden panelling. He also placed a great emphasis on crafted accessories, from staircase railings and lights to stylised room painting, etc.

A dramatic change in Waigant’s life occurred in early May 1919, when he moved to the east of Czechoslovakia, to the town of Prešov. [2] He worked as a teacher of arts and crafts at the local State Technical School for nine years. Despite the distance that separated him from his hometown of Prague, the Czech architectural scene, architectural competitions, and his work contacts, Waigant tried to remain active and creative. This is evidenced not only by his participation in several Czech architectural competitions, but also by his study trips to France and Germany. During his stay in the east of Czechoslovakia, Waigant married a Czech professor of drawing; later, their only son was born in the town of Košice. After fulfilling his educational task in the newly established republic, Waigant and his family returned to Hradec Králové, the city of his youth, first promising job opportunities and recognition in the artistic and business circles, where he could realize his artistic ideas again. In 1928, he taught professional drawing at the local two-year school for building and furniture carpenters.

Waigant also expected a lot from the construction of modern urban quarters, planned for the early 1930s. “He was hoping to contribute to the modern character of the new parts of the city.” [3] However, he did not live to see the urban changes: the regulation of Pražské Předměstí Suburbs and Slezské Předměstí Suburbs, the adaptation of today’s Gočárova Avenue, the construction of a new urban complex on Eliščino nábřeží Embankment, etc. He died suddenly in Divišova Street in Hradec Králové on 17 August 1930.

With its progressivism, constructional simplicity, material and shape sturdiness, and cultured noble expression, a great part of Bohumil Waigant’s work proves he had an exceptional artistic talent. His best projects can be seen as prime examples of Czech modern architecture from the first third of the 20th century.

[1] It should be noted that in about 1910, the classicist tendencies referring to antiquity, which offered the way out of the tectonic and rationalist crisis were shortly common also among major European and Czech representatives of modernism, such as Peter Behrens, Josef Maria Olbrich, Jan Kotěra, Josef Hoffmann and hundreds of others.

[2] Like tens of thousands of other Czechs of various professions, who went to Slovakia to build the newly established republic which still lacked a sufficient amount of clerks in public administration after the constitutional change in 1918. 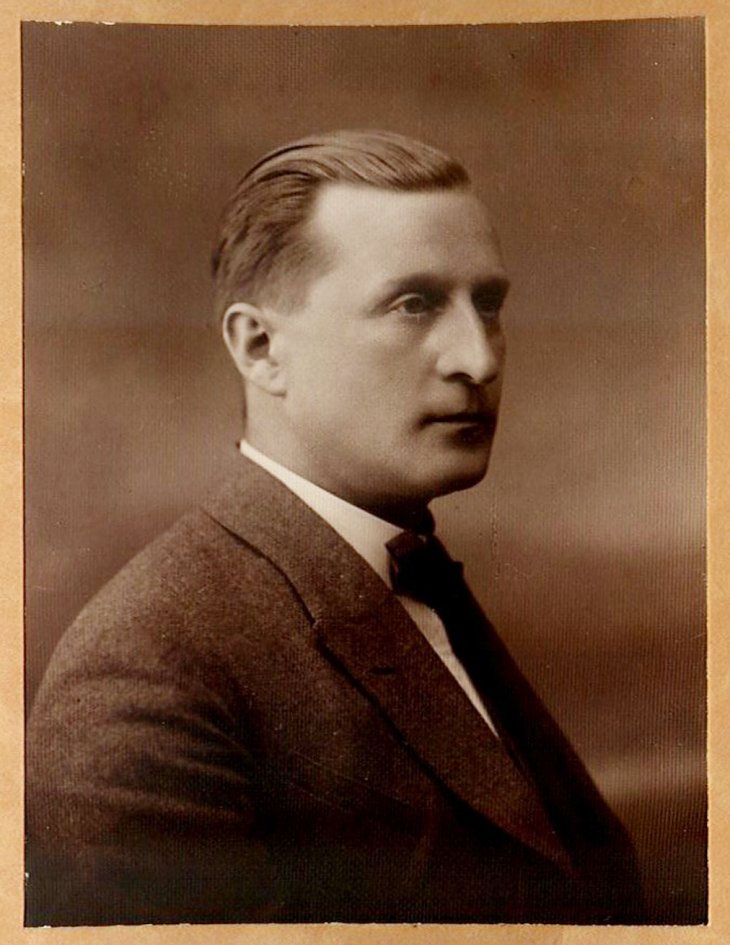 The Pavilion of vocational education and the dining room furniture for the Jubilee Exhibition, Prague

School designs of a villa and an exhibition pavilion

Design of the Barth department store

Design of a tenement house for an industrialist from Prague – Karlín

Design of the town school in Lanžhot, third place

Design of the Farmers’ Credit Union in Košice, Slovakia

Interior of the Bank for Commerce and Industry, Hradec Králové, unpreserved 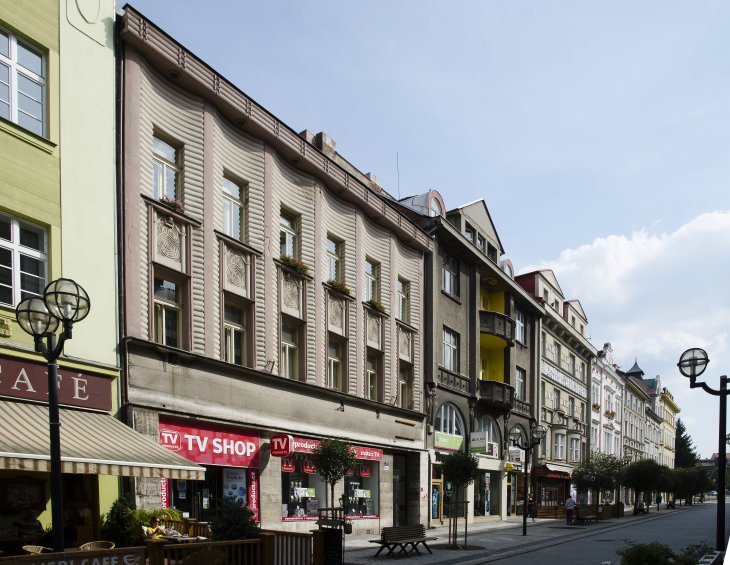 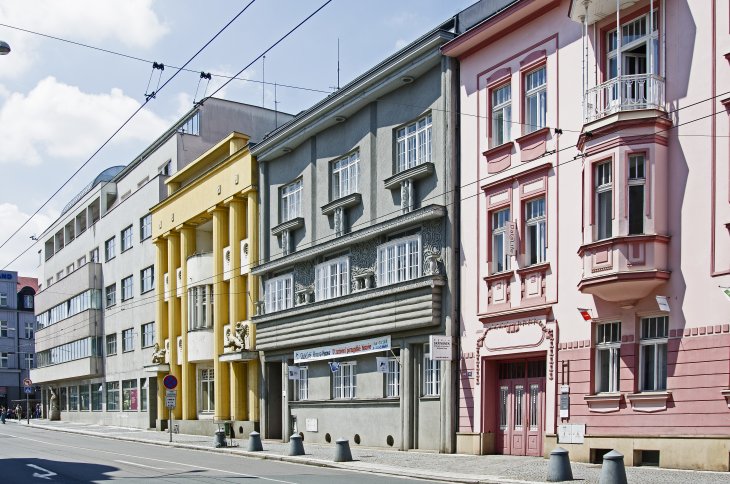 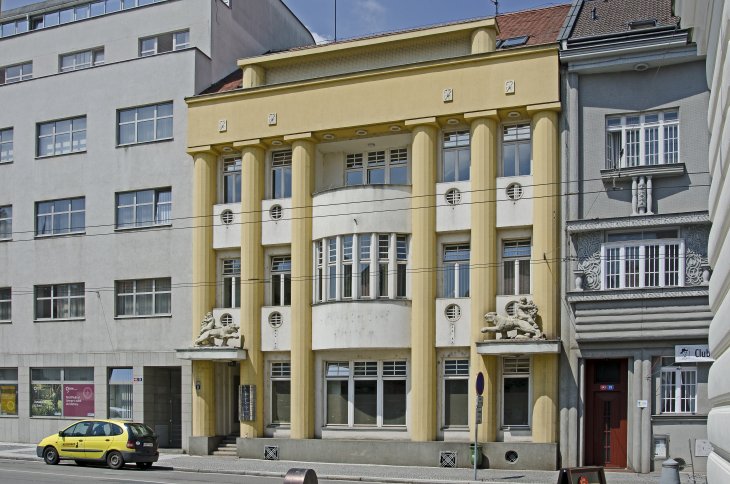 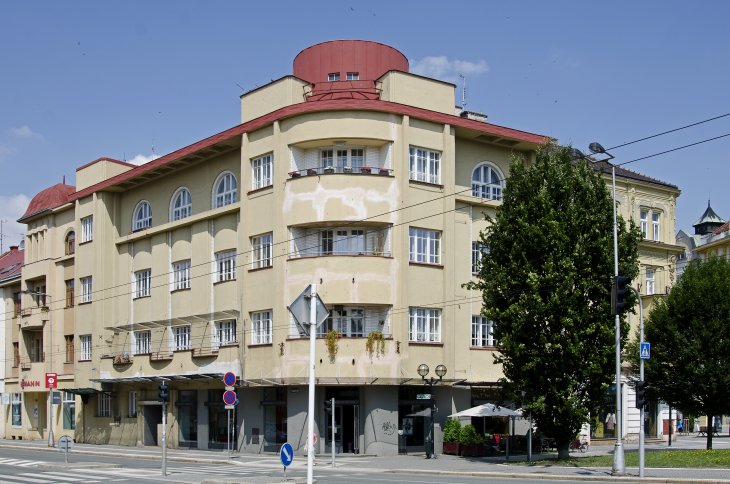 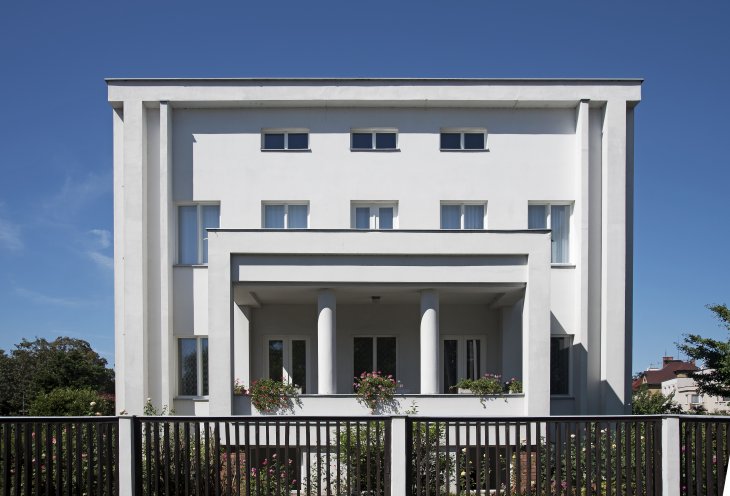 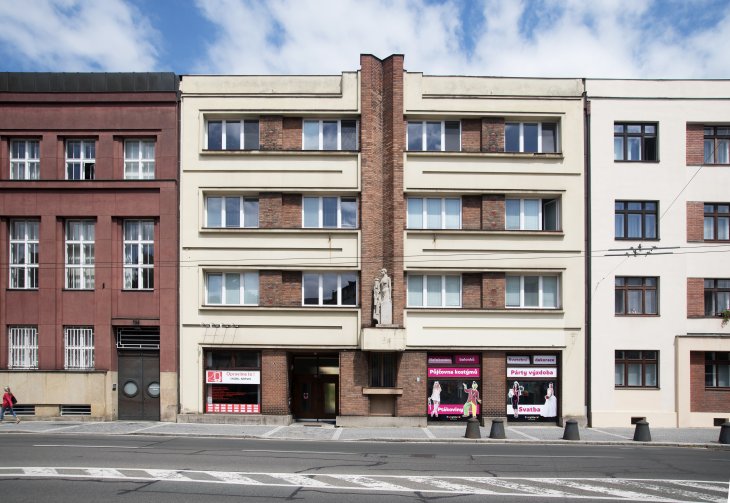