Pavel Janák, an architect, designer and prominent theorist, whose buildings and ideas had a fundamental influence on the development of Czech architecture, was born in Prague on 12 March 1882. From 1899, he studied architecture and building construction at the Czech Technical University in Prague under Professor Josef Schulz and at the same time, he attended lectures in Professor Josef Zítek’s studio at the German Technical University in Prague. Since the second year of his studies, he was employed in several construction offices (he worked, for example, for František Buldra, František Schlaffer, and Václav Roštlapil). He was also active in the Architecture Students’ Association and the Old Prague Club. In 1906, he went to the Vienna Academy to study in the studio of Otto Wagner, one of the founders of Viennese Modernism. Thanks to a scholarship he went on a study trip to Italy a year later. After he returned to Prague, Janák briefly worked with his friend Josef Gočár in Jan Kotěra’s studio on a commerce pavilion project. The pavilion was for an exhibition of the Chamber of Commerce and Trade which was held in Prague in 1908. At that time, together with František Kysela, Vratislav Hugo Brunner and Jaroslav Benda, they founded Artěl, an association of decorative arts. In 1909, Janák got the position of the bridge department architect of the Building Authority of Prague. [1]

Janák’s early designs were influenced by Wagnerism and Czech modernism. However, he gradually became a critic of these movements because it seemed to him that architecture was oriented to undue rationality and stopped being an art. He expressed this opinion in his paper “Od moderní architektury k architektuře” (From Modern Architecture to Architecture) published in 1910. A year later, his article “Hranol a pyramida” (The Prism and the Pyramid) was published in Umělecký měsíčník monthly; it became the theoretical foundation of a new style – architectural cubism, inspired primarily by Picasso’s art, crystalline natural shapes, late Gothic architecture, and Santini’s Baroque Gothic. [2] Besides Janák, the main supporters of the new style included Josef Gočár (with whom Janák established a company producing not only cubist craft objects – the Prague Art Workshop – in 1912), Josef Chochol, and Vlastislav Hofman. The first cubist building designed by Janák was the Jakubec’s House in Jičín. However, cubist details on older buildings, such as the modification of the Baroque façade of Fára’s House in Pelhřimov (1913–14), played a more important role in the architect’s work.

Despite the efforts of its protagonists, architectural cubism failed to succeed both in the Czech lands and abroad [3] and its development was interrupted by World War I Janák had to fight in. After the war, the style was followed by the so-called national style or Rondocubism inspired by folk art. Pavel Janák became one of its promoters. Elements of this style had appeared in his designs already since 1916, when he also published his manifesto “Barvu průčelím!” (Colour for façades!). Characteristic buildings of this era include the crematorium in Pardubice with arched colourful plastic motifs stylized in the form of folk ornaments on the façade or the Adria Palace in Prague inspired by Italian Renaissance architecture. [4]

Janák’s architectural opinion gradually further developed towards avant-garde (which he loudly opposed in the early 1920s) as is evident in his urban plans. From 1923 to 1929, Janák was a member of the State Regulatory Commission that managed the urban development of Prague. He was the author of the development plan of Pankrác, in which he promoted a system of terraced houses that had economic and hygienic advantages. Janák also designed the urban concept for Letná and the newly established housing at Baba, where he designed three buildings, including his own house in Nad Paťankou Street. The house is one of the best Janák’s functionalist designs – together with the Juliš Hotel on Wenceslas Square (probably inspired by the Avion Hotel in Brno designed by Fuchs), the family house of sculptor Josef Mařatka (1933), and the Hus Congregational House in Prague–Vinohrady.

Since the second half of the 1930s, Janák was more interested in restoration of buildings, both in terms of theory and practice. Firstly, he focused on the reconstruction of the Czernin Palace he worked on with landscape architect Otto Fierlinger in 1928–1934. In 1936, Janák reconstructed the Old Town Hall and became the architect of Prague Castle. However, the reconstruction did not start until after World War II. Since 1948, Janák worked on Letohrádek Hvězda (the Star Summer Pavilion) for the Jirásek Museum, and subsequently, he redesigned the premises of the Prague Castle Riding School into an exhibition hall (in 1952, he received the State Award of the 1st Order for this work). In 1950, the Míčovna building was reconstructed according to his designs. One of Janák’ss latest works was the adaptation of the Summer Pavilion in the Royal Game Reserve. Janák was not only an architect and a theorist but also a teacher – since 1921, he led an architectural studio at the Academy of Arts, Architecture and Design in Prague. Together with his students, he went on many excursions, and many of them became prominent architects. Pavel Janák died in Prague on 1 August 1956.

[1]   In this position, he designed the Hlávka Bridge across the Vltava River in Prague in 1910. It was the first bridge with a purely concrete structure in the country.

[2]   The basic means of expression of cubist architecture included pyramids, crystals, obliquely twisted shapes, and the so-called frontal principle, i.e. an effort to lean out certain parts of the building towards the viewer.

[3]  However, German Expressionists continued in the style in the 1920s.

[4]  Based on Janák’s project, the Czechoslovak pavilion for the International Exhibition in Rio de Janeiro in 1922 was built in the style of Czech Rondocubism as well. 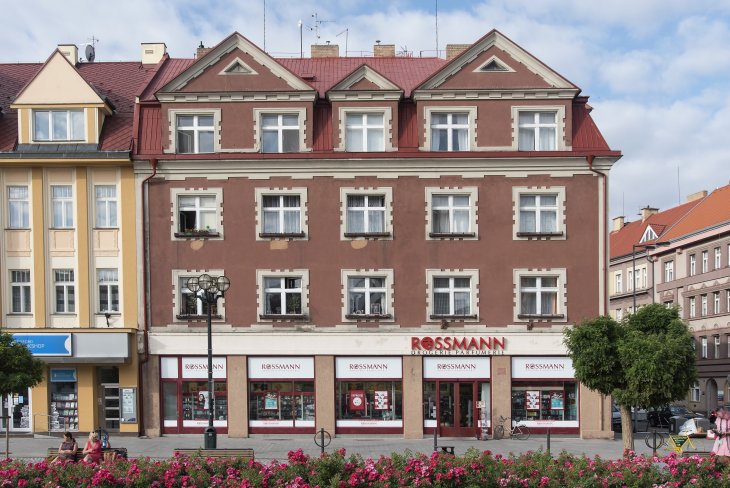 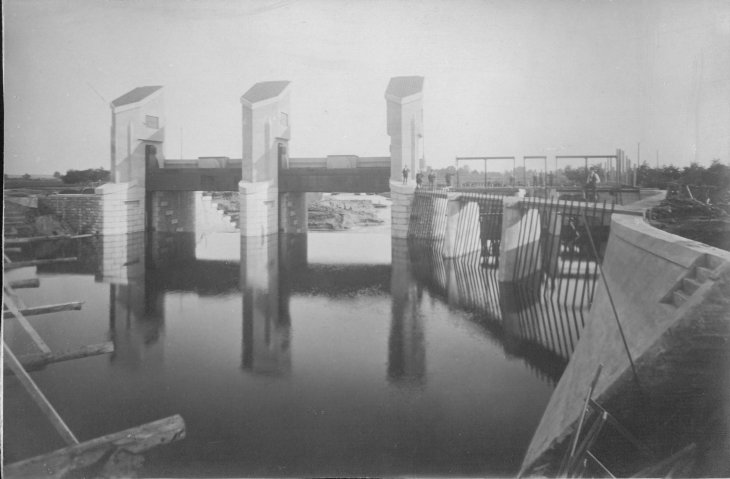